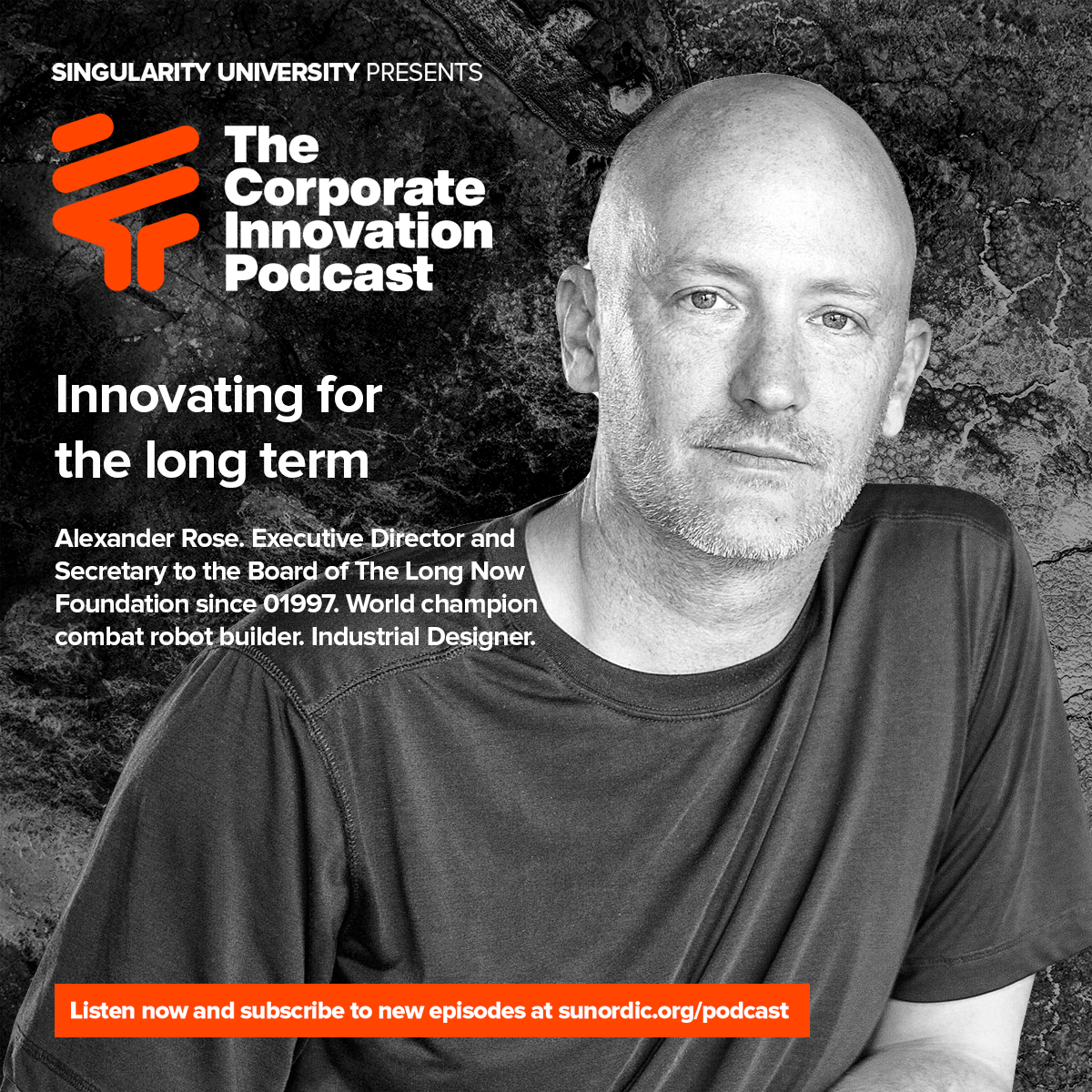 Episode 30: Innovating for the long term

Alexander Rose is Executive Director and Secretary to the Board of The Long Now Foundation since 01997. He holds an arts honors degree from Carnegie Mellon University in industrial design, founded the robotics company Inertia Labs, builds combat robots that have won more than six world championships, and has written for or appeared in media such as BBC, Discovery Channel, Wired, NPR, and many more.

About The Corporate Innovation Podcast

Join Kris Østergaard, Co-Founder of SingularityU Nordic and author of Transforming Legacy Organizations, in conversations on all things corporate innovation on your podcast platform of choice.